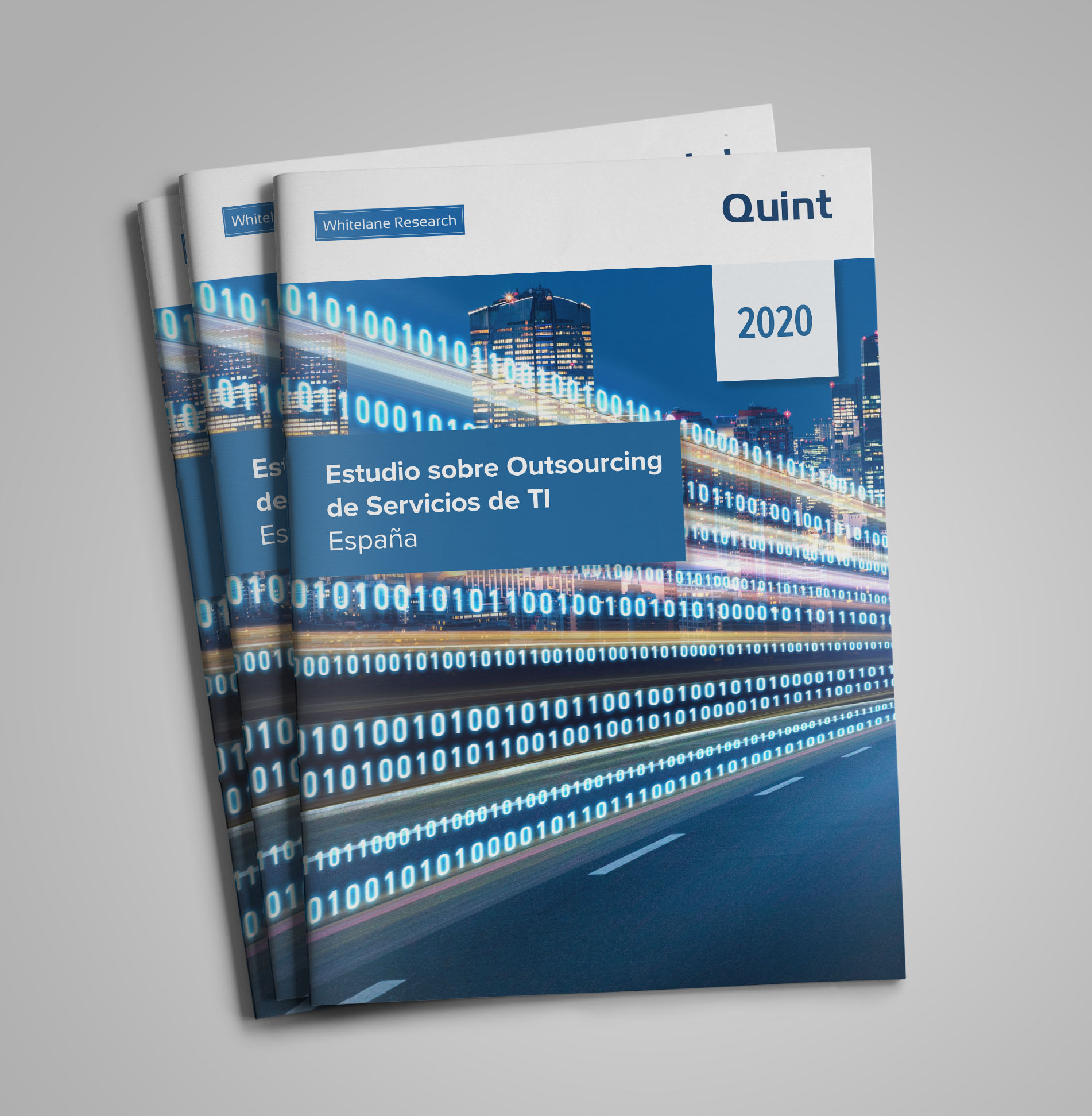 Key findings from the 2020 Spanish Study:

Over the next two years more outsourcing is predicted for Spain, with 76% of respondents planning to outsource at the same rate or more (down 7% since last year). Spain continues to have one of the lowest levels of insourcing (8%), contrasting what we have seen in the rest of Europe in 2020 where insourcing levels have increased to an average of 15%. The majority of organisations are insourcing in order to build and retain their own intellectual property to drive the business.

More scalability to business needs, a new driver added in the 2020 survey, is the main reason for organisations planning to outsource more in Spain (cited by 60%). This is followed by improvement of service quality (54%) and cost reduction (51%).

Overall, respondents are satisfied with their IT service provider(s), with 94% of all 625 IT sourcing relationships being rated as satisfactory.

DXC Technology, Everis and Ibermática are the highest ranked providers with a joint score of 83%, followed by Accenture (81%), T-Systems, Deloitte, Econocom and TCS (all four at 80%). Satisfaction in Spain remains the highest across Europe and the average satisfaction this year further increased by two percentage points, from 75% to 77%. Our full report also ranks the 20 IT Outsourcing providers by applications, data centre and end-user services in addition to 9 Key Performance Indicators.

For the first time in this study we have asked organisations if they outsource their managed (cyber)security services. More than 70 relationships were evaluated, and the results reveal that overall, 93% of all evaluated relationships are rated as satisfactory. Nevertheless, two thirds of service providers suggest that their clients cybersecurity management skills require very significant improvement (compared with 15% of clients).

0%
of service providers suggest their clients can seriously improve their cybersecurity management skills.

55% of respondents confirmed that they are already using Intelligent Automation (IA) while another 35% plan to use it. Use of IA in the energy and manufacturing sectors use is much higher than the average for Spain (86% and 75% respectively), contrastingly strongly with use in the public sector (33%).

Adoption of Agile in Spain is also high with 55% and the manufacturing sector is, once again, ahead of the other industry sectors with 83%. The largest growth of IA and Agile is predicted for the public sector (58% and 40% respectively).

Read the key findings of the 2020 Spanish IT Outsourcing Study.

(Please note the Spanish management summary is only provided to end-user organisations).

If you would like to purchase a copy of the full Spanish report which contains more detailed information, such as the main sourcing trends, ranking of the IT outsourcing service providers by three different IT domains (applications, data centre and end-user services) and the cloud providers by infrastructure and software cloud platforms, please email info@whitelane.com. (available in Spanish or English)