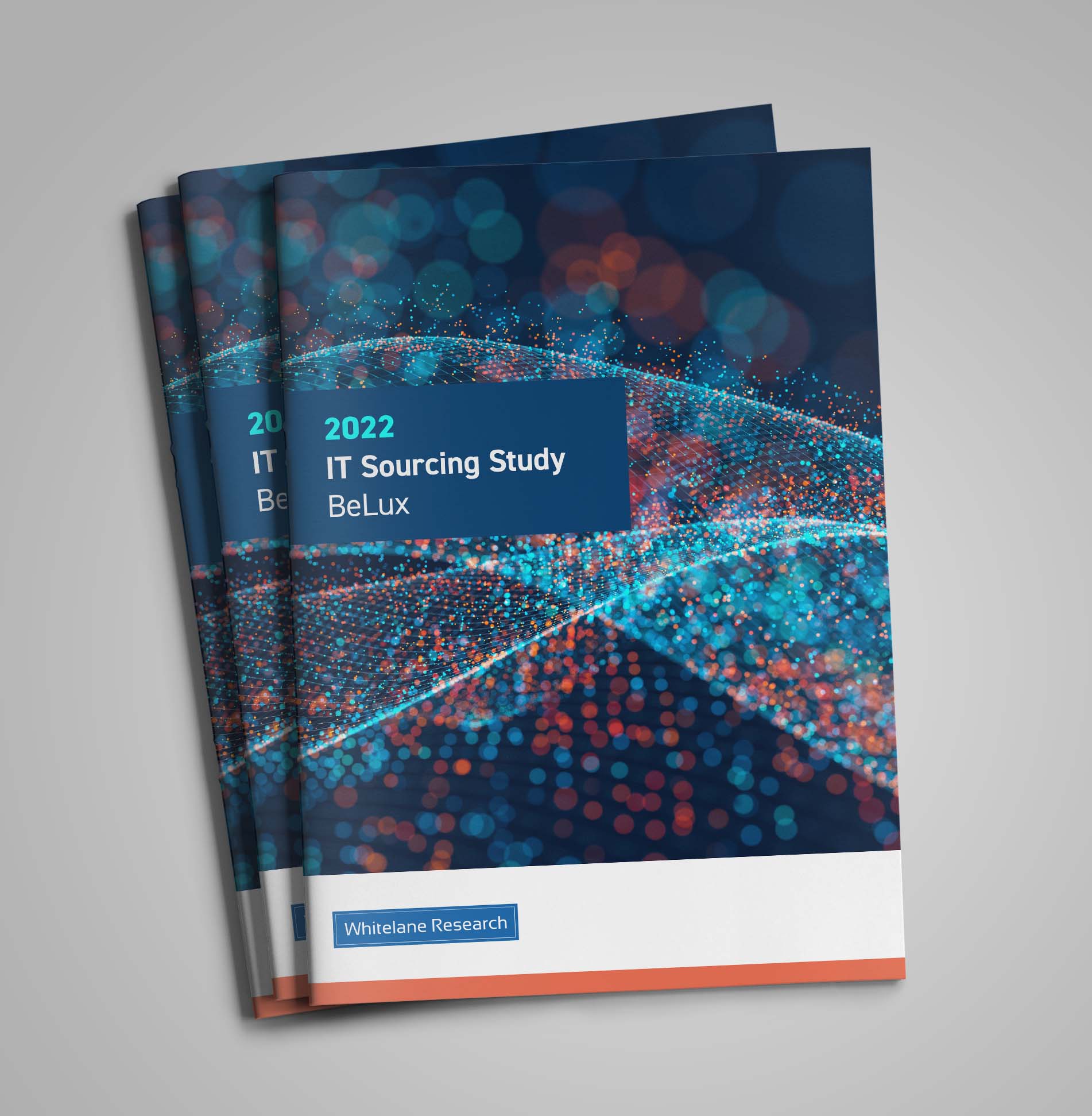 Key findings from the 2022 BeLux study:

84% of organisations in the BeLux region plan to outsource at the same rate or more in the next two years, with 44% confirming they will outsource more. This percentage is one of the highest levels in Europe and five percentage points above the 2021/2022 European average of 39%. Only 6% of respondents are planning to insource, down 3% from 2021 and 8% since 2020.

For the first time in this study, access to resources/talent is the number one outsourcing driver for organisations planning to outsource more (55%). Ranked third in 2021, the driver has increased by 12 percentage points in importance. More scalability to business needs is the second most influential driver with 53%. Focus on core business, the number one driver in 2019, 2020, and 2021 is third with 50%, down 7%.

Overall, respondents are satisfied with their IT service provider(s), with 92% of all 602 unique IT sourcing relationships rated satisfactory. Computacenter is the highest-ranked provider with a score of 86%, followed by Hexaware (85%), Deloitte and TCS (both at 83%), and Cegeka (81%). The average satisfaction has decreased by just one percentage point since last year and remains one of the highest in Europe with 75%.

This year’s study ranks the IT service providers by three new KPIs. IBM and Hexaware top the ranking for security with a score of 86%, while NRB achieves first place for sustainability with 79%. Clients perceive Deloitte as the most transformative service provider with a score of 83%. Of the eight KPIs, account management has the highest average with 79%, compared to sustainability which has the lowest with 67%.

Around one-third of respondents predict that 50% or more of their application portfolio will be running on a public cloud platform in two years, with 81% organisations moving to the public cloud to achieve more agility and scalability. However, almost half report that less than 10% of their current applications were moved to the cloud ‘as is.’ This result can be explained by the fact that applications are not always compatible with a cloud environment and require modifications or reconfigurations.

This year’s study includes an increased focus on the cloud, ranking providers by four new KPIs. Infrastructure cloud providers have performed best on security and compliance with an average of 76%, while solution guidance is the weakest KPI with 60%. In contrast, software cloud providers score lowest on security and compliance with 67%, while the pricing transparency KPI is the highest average with 77%.

The BeLux report ranks the IT service providers by four IT domains (applications, data centre, network & telecommunications and end-user services) as well as by eight different KPIs. The cloud providers are ranked by infrastructure and software cloud platforms and by four KPIs. The report also covers the latest IT and cloud sourcing trends. Please contact info@whitelane.com for more information.

Read the key findings of the 2022 BeLux IT Sourcing Study.

(Please note the management summary is only provided to end-user organisations).